Do the Handicapped Go to Hell?

Do the Handicapped Go to Hell? 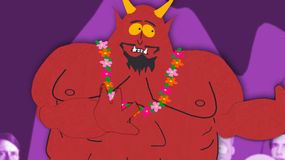 The boys start taking Sunday school classes after Father Maxi tells them they risk Hell if they don't show up. But their lessons (about confessing their sins and eating the body and blood of Christ) only confuse them. They're also horrified to find out that Timmy can't get into heaven because he's physically unable to confess his sins, and that Kyle won't be allowed in because he's Jewish.

Meanwhile, in Hell itself, Satan is horrified when his ex-lover, Saddam Hussein, returns to disrupt his relationship with his current flame, Chris. The three have a very uncomfortable dinner together, after which Saddam gives Satan his hotel key. Later that evening Satan, torn, stands in front of Saddam's hotel, wondering if he should go in or go home.

Back on earth, the boys rush to church to confess their sins. Kenny is run over by a bus when they cross the street, He dies with sins on his soul. Terrified that the same fate will be theirs, they arrive at the church and open the confessional only to discover Father Maxi having sex with a woman.

The boys, disillusioned, decide they must take their salvation into their own hands. Cartman becomes a street corner preacher, offering his brand of spirituality to a growing crowd of frightened children.

What I Learned Today

"Well, it looks like we're gonna have to save Timmy, Kyle, and everyone else in this town from the angry hand of God ourselves!"

We also briefly meet the Pope, who is very, very old.

Kenny gets run over by a bus, but doesn't die. More about that in "Probably". Satan also kills a few demons in an angry rage, but they're probably dead already. 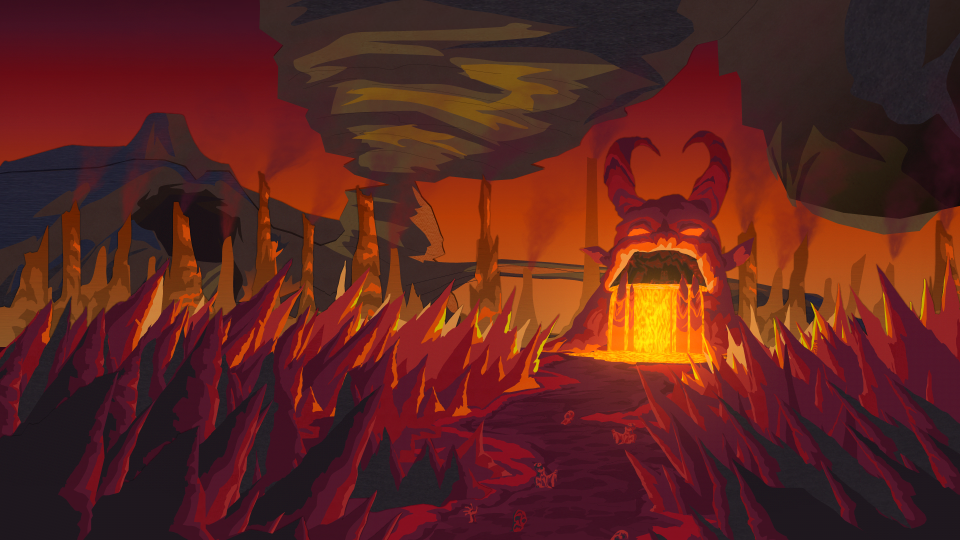 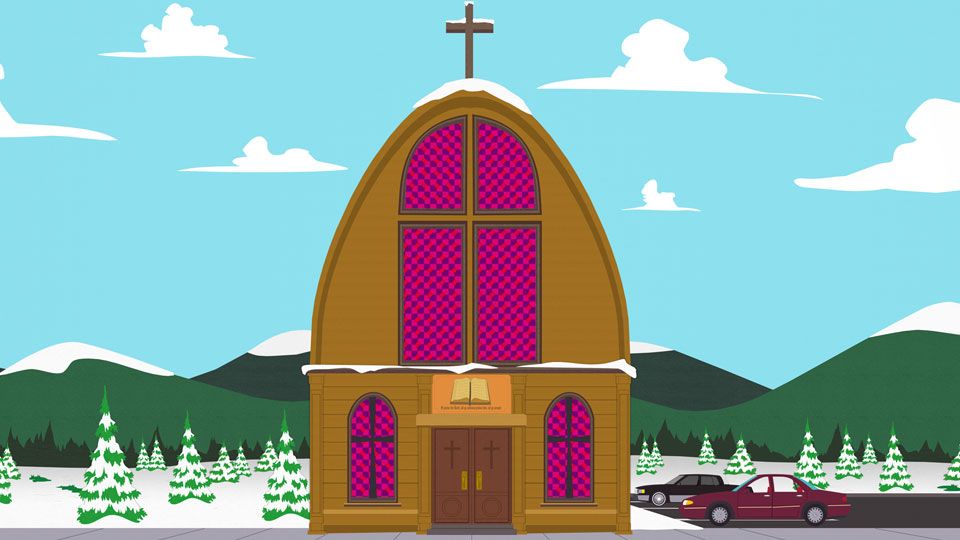 It's Luau Sunday in Hell, and we get the pleasure of dancing along to the Caribbean themed "Hookie-lau".

Where Did The Idea Come From

Matt and Trey were always intrigued by the idea that, if you strictly interpret the New Testament, babies go to Hell because they lack the mental faculties to accept Jesus. Also, they wanted to feature Satan and Saddam, who hadn't been seen since Bigger, Longer & Uncut. This is the first episode of a two-parter, which concludes with "Probably".

Ike is reading "Cannery Row" by John Steinbeck - his second Steinbeck novel of the day. Pretty impressive for a 3 year old.

In his office, Priest Maxi's inbox and outbox are labeled "The Lord Giveth" and "The Lord Taketh".

Cartman baptizes Kyle, Ike, and Timmy with a garden hose (then with a "Wacky Water Weasel"). Shortly after, Cartman and the boys form Kids Against Hell, a religious organization that offers salvation to kids.

During the scene where Cartman is baptizing the kids, a Visitor can be seen above Ike. Also above the confessional, they are wooden.